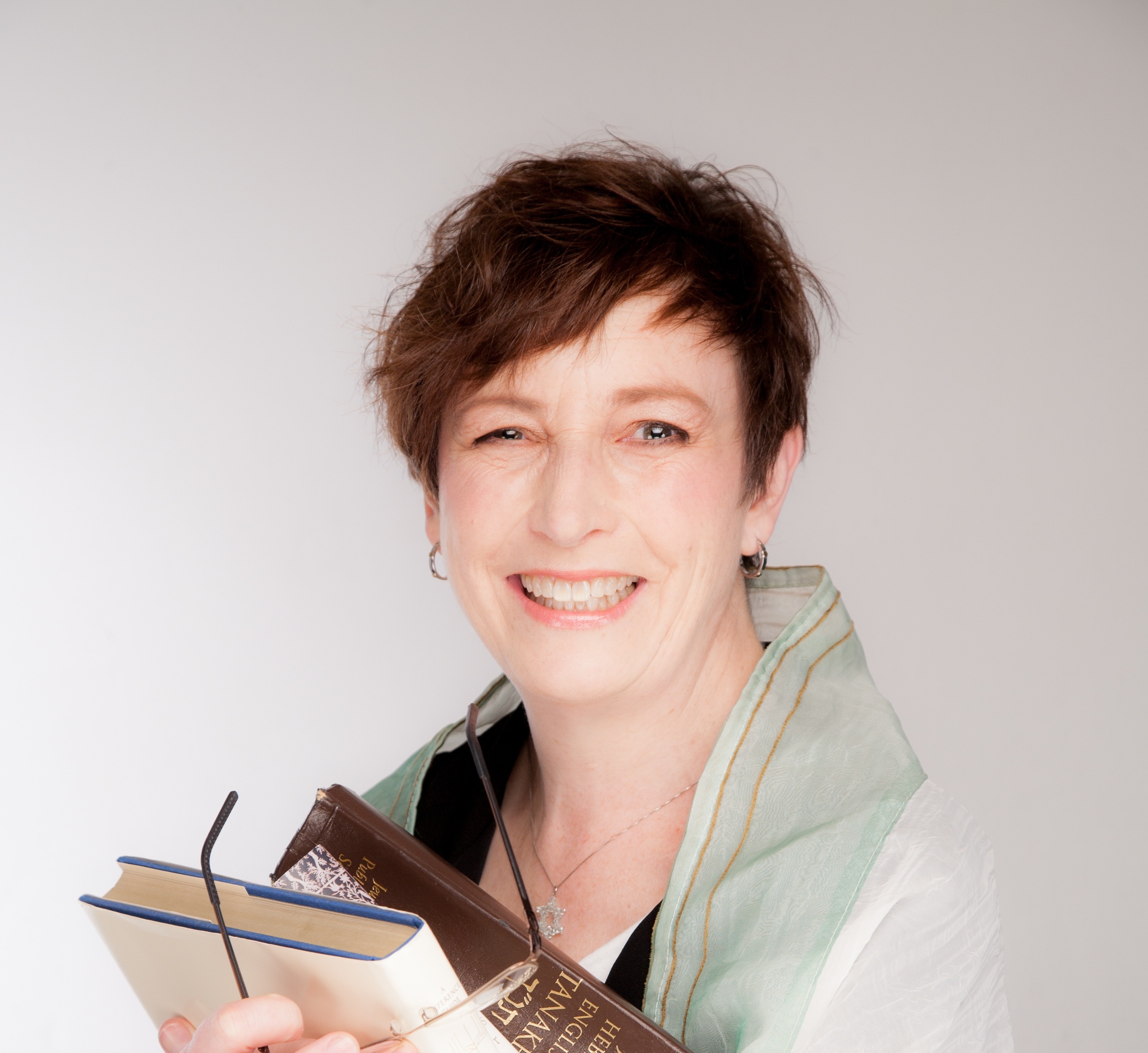 For Rabbi Monique, her teenage years were a journey of discovery – of her faith, heritage and her love of Jewish food.

Monique’s story is of tradition, the parallel strands of family interpretation, and the subsequent evolution of that tradition: how cultures continue to evolve through the generations.

One of three children growing up in Northern California, Rabbi Monique begins her story, “my background wasn’t a typical Jewish background: I think we would have performed some of the rituals around Passover seder, and ate foods at the meal including matzah balls with soup, and maybe celebrating Hanukkah (the Festival of Lights – an eight day Jewish holiday), but I don’t have too many memories of more than that. Where we lived in California we weren’t initially connected with the Jewish community there”.

When Rabbi Monique turned 11, it was then that her journey began – and in quite an unexpected way! “I was accidentally sent to a summer camp with the Salvation Army (we were with a charity which placed kids in camps and, unbeknown to my parents, that was the one I got sent to!)

Of course they were praying to Jesus and wondering why I wasn’t so I became more aware of my heritage and began to ask questions: “I’m Jewish – so what does that mean?” I knew what I didn’t believe in but didn’t know what I did and I needed the positive answers.

So as a family we joined a Synagogue and I got involved in youth group, and it was through that that my questions began to be answered and I had exposure to a wider variety of Jewish food.”

We started doing more Jewish home rituals, such as making Challah (a sweet, eggy bread shaped in a braid, eaten on the day of Shabbat, which falls on a Saturday) and we started lighting the candles at home. We loved having Challah – it was a big part of Friday night in our family, and we had our own specific tradition of putting Kentucky Fried Chicken coleslaw on top of the bread. It tasted really good, I don’t know why we did that!”

Rabbi Monique explains, “the thing is there are Jewish cultural foods, but families do individual things within those cultural traditions.

We specifically added that one thing I don’t know why but every Friday my mother would drive to KFC and just order the coleslaw!”

“Another tradition unique to my family was that my mum would eat the crust and my brothers and sisters would eat the soft bit inside. It’s all about those personalities that come out within traditions themselves.”

I remember the positive association of celebrating a meal with family and friends – there was lots of laughter around that meal! Even when I was going through the usual teenage angst, I still had such a strong association with that togetherness we all had at that point in the week.

My parents eventually divorced so I remember that was the time when everyone was really happy”.

Making Challah is one thing that has stayed with Rabbi Monique into adulthood. The very process of making it – kneading the dough – helps me to unwind and prepares me for the Sabbath. It’s something to do with the physicality, the connection with the slower more peaceful part of the week, making that shift and creating your home experience, which has never left me”.

When I went to university and got involved with the Jewish students there, I made it every other week for our services. I’d knead the dough in our kitchenette in our student flat. Friends would see me making it, ask questions and gather round to watch. They’d want to help so I’d teach them how to knead the dough too”.

I think food really has the ability to bring people together. I’ve done Challah baking with Jewish kid’s groups and kids and they love doing it – then they see the fruits of their labour and they get to eat it”.

Here is Rabbi Monique’s recipe for Challah, written by her sister-in-law Kelly:

Mix and let sit until you see bubbles form

Here’s the tricky part. You will add anywhere from:

5 – 6½ cups of flour (unbleached flour works best, as it has more gluten). The reason for the difference in amounts of flour has to do with atmospheric conditions. Add 4½ cups of flour first, turn out onto a counter and begin kneading. Add more flour as necessary. You want the dough to be slightly sticky as you knead. If the dough becomes gooey, add a little more flour until the dough is no longer gooey.

1. Sprinkle sesame and/or poppy seeds to the top before baking.

2. For Rosh Hashanah add dried apples and cinnamon or chocolate chips (pareve if you are serving a meat meal) to the ingredients. Make a long rope with the dough and coil it into a circle, then add ¼ cup of honey to the egg wash for a sweet glaze.

3. Use the dough for cinnamon rolls. Roll out the dough after its first rise. Brush melted butter onto the dough and sprinkle with cinnamon sugar and raisins if you desire. Roll it up and cut into 1-inch slices. These are great for Shabbat morning!

Kelly would love to hear how your baking goes! Email her at: kfinkel@gmail.com

Zaytoun’s Za’atar – a recipe from Persia