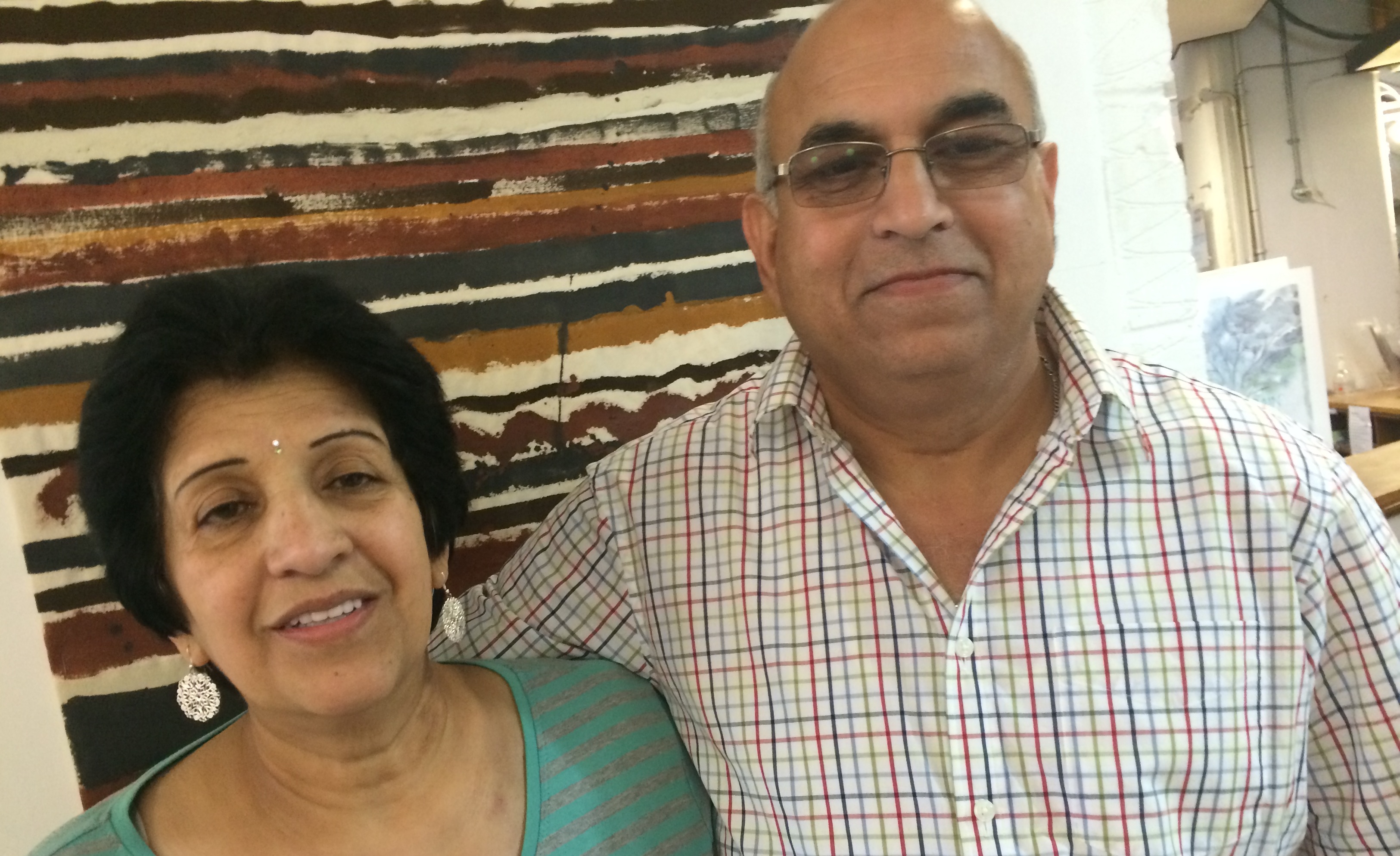 “My mother and father sailed from India to Londonderry in Northern Ireland in 1949. They came with just one small suitcase and £12 in their pocket!”

Saroj’s parents came to join her father’s two brothers and start a business: making clothing for all ages, from newborn to adult.

“So I was born in Northern Ireland, which is where I lived until my husband Shiv and I moved to Bristol four years ago, to be closer to our daughter as we don’t keep well.”

“I remember my father being very strict. In Indian culture you don’t let your daughters roam the streets. The boys could go out whenever they wanted, but the girls must stay at home. So that’s where we learned the traditional home skills: how to cook, sew and entertain”.

“I remember my mother teaching me how to cook: I would watch her, then she would say “do you think you could finish this dish, or prepare the ingredients this time?” I was very interested in all that she had to teach me”.

As the family settled into their new community in Northern Ireland, the dishes from their homeland began to be influenced by their surroundings, “we would make things like vegetarian daal, and mix it with Irish potato! Potatoes are very common in Indian dishes anyway. My mother could make things like Irish Stew and an Ulster Fry (like a typical cooked breakfast with fried eggs, bacon and Irish soda bread, traditionally cooked in the same pan). Tuesdays was always vegetarian night – it’s a Hindu tradition to abstain from meat one day a week”.

While there became strong Irish influences in their family meals, Saroj’s mother learned some skills which would bring their homeland a little closer: “When my parents first moved to Northern Ireland, there was no Indian community there at all. But as time went on they gathered a large community of Indian people together and would throw dinner parties for their friends. It was from these friends that my mother learned how to make traditional Indian sweets, something we couldn’t buy in Northern Ireland at that time”.

“My father grew absolutely everything we ate. We had a big garden and he didn’t see the point in grassy lawns, he wanted every space to be used to grow fresh organic fruit and vegetables, and that’s what he did. We didn’t understand his passion at the time, but now I do. I remember the huge greenhouse that he built for it all. He used to spend so much time in there, it was just his place – I find it ironic that just three weeks after he died, the greenhouse fell down”.

I used to really love cooking but now that I’m riddled with arthritis, it makes it a lot harder to do things in the kitchen such as prepping veg. I’ve had to find easier ways of doing it – sometimes I buy ready prepped packets of veg from the supermarket or my daughter comes and helps prepare a load in advance for us.

But we always eat freshly prepared food, we rarely go out”.

A delicious dal with its roots in the West Country

Cooking with Love: Memories of Mum in Kribi, Cameroon